We have developed a number of platforms that support Software Defined Radios and similar applications. These have a consistent architecture, which promotes reuse of software and firmware modules and associated tools, and hence an efficient design cycle.

A 4 channel, 2×2 MIMO eNodeB baseband board.

A 4 channel, 2×2 MIMO eNodeB baseband board.

At the heart of the SC5 is the Xilinx Zynq®-7000 and the Analog Devices ADxxxx RFIC.

The Xilinx part includes dual-core ARM Cortex-A9 processors, which alleviated the need to integrate a discrete microcontroller, and with Kintex®-7 based programmable logic provides sufficient capability to support the implementation of the physical layer for an LTE (Release 8) base station.

The Analog Devices part integrates mixed signal and radio frontend functions into a single package. Thus, with the addition of some memory, RF circuitry and digital ports, the SC5 offered a very capable SDR platform for the time that is still being used in new developments today.

With the hardware defined, attention turned to the software architecture. 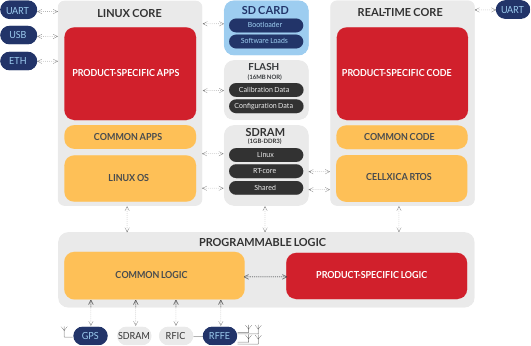 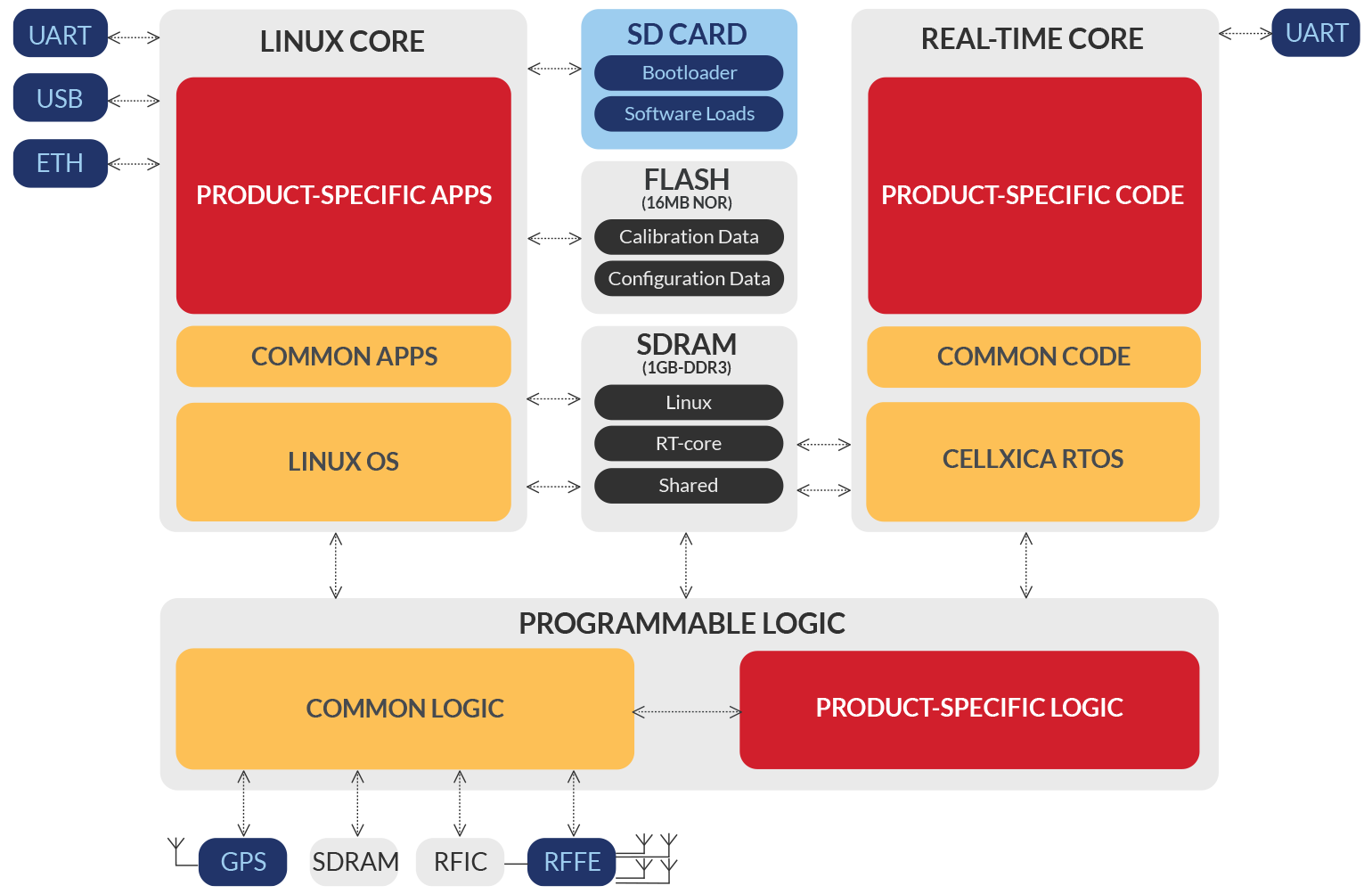 With these requirements in mind, we chose to employ a asymmetric processing model, with one processor running linux and the other our own RTOS. The former provides access to all the wide range of applications and device drivers supported by linux and the latter supports efficient real time applications needed in physical layer code and some other protocol stack functionality. Both processors are given access to the programable logic and to peripherals implemented there to support their use in the SDR systems.

A key feature of the design is the provision of an efficient means of accessing processing modules running on the processors or the programmable logic. This allows for logging of received data and control of behaviour. This has also allowed our embedded systems to be connected to other devices, such as PCs over ethernet, allowing for offline and real time processing. For example we have implemented a simple FM repeater using the SC5 platform as an RF front end with the baseband processing being performed on a PC. We have also hooked in signals captured on an SC5 to various Matlab toolboxes for analysis.

Over the years the architecture has proven its flexibility by remaining largely unchanged as it has been used to support the implementation of legacy and open source systems for UMTS and GSM base stations, supporting core network functionality on the linux core to provide standalone communication systems and moving forwards to new hardware architectures employing a modem coprocessor and newer FPGA devices.